Out and about in fabulous Bruneck

Protected by the remains of the ancient city walls, lies the old town of Bruneck in Pustertal. Gently surrounded by hills and mountains, the medieval town offers a handful of worthwhile sights. Walking along "Graben" or the picturesque "Stadtgasse"  even closet romantics will blossom and reconnect with their tender side. In the city museum you find a collection of works of South Tyrolean artist Michael Pacher. Not far from here the city theater presents its performances and welcomes for an entertaining evening.

Those who follow the trail up the hill, will find a beautiful episcopal castle: Castle Bruneck. In 2011 mountaineer Reinhold Messner from Villnöss opened here the Messner Mountain Museum, one in five spread all over South Tyrol; each one dedicated to another theme. The museum in Bruneck explores mountain people around the world. A path leads from here over a plank bridge to the impressive military cemetery, built during the First World War.

The market town at the foot of Kronplatz

In the surroundings you will find a variety of interesting destinations. The anthropological open air museum in Dietenheim will give you a glimpse of the past and former South Tyrolean traditions and customs. During summer you can fish in the river Ahr, golf in Reischach and explore the area on the vast cycle paths. During winter Reischach offers in and around Kronplatz a wide range of winter sports.

Every other year during summer the town of Bruneck organizes the Town Festival, a weekend filled with music, fun and culinary delights. End of October Stegen transforms into the largest market in Tyrol: Textiles, Torrone, tractors, you name it. The Market of Stegen sells it. About one month later the Christmas market opens in town. Then local delicacies are served. Taste the traditional "Kiachlan" (=fried donuts) or "Tirtlan" complemented by "Glühwein" (=hot wine) or the alternative Applemix. You may find here one or the other Christmas present among the fine selection of art handi-crafts. If you would like to visit this charming city, find here the most beautiful hotel in Bruneck and environs in Pustertal. 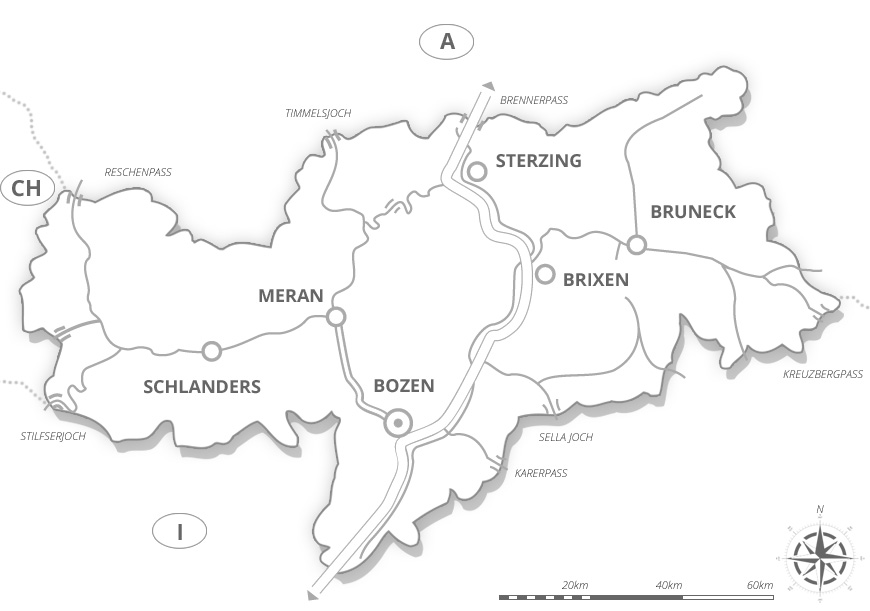 Recommended hotels
Selected for you
Bruneck
Not to be missed